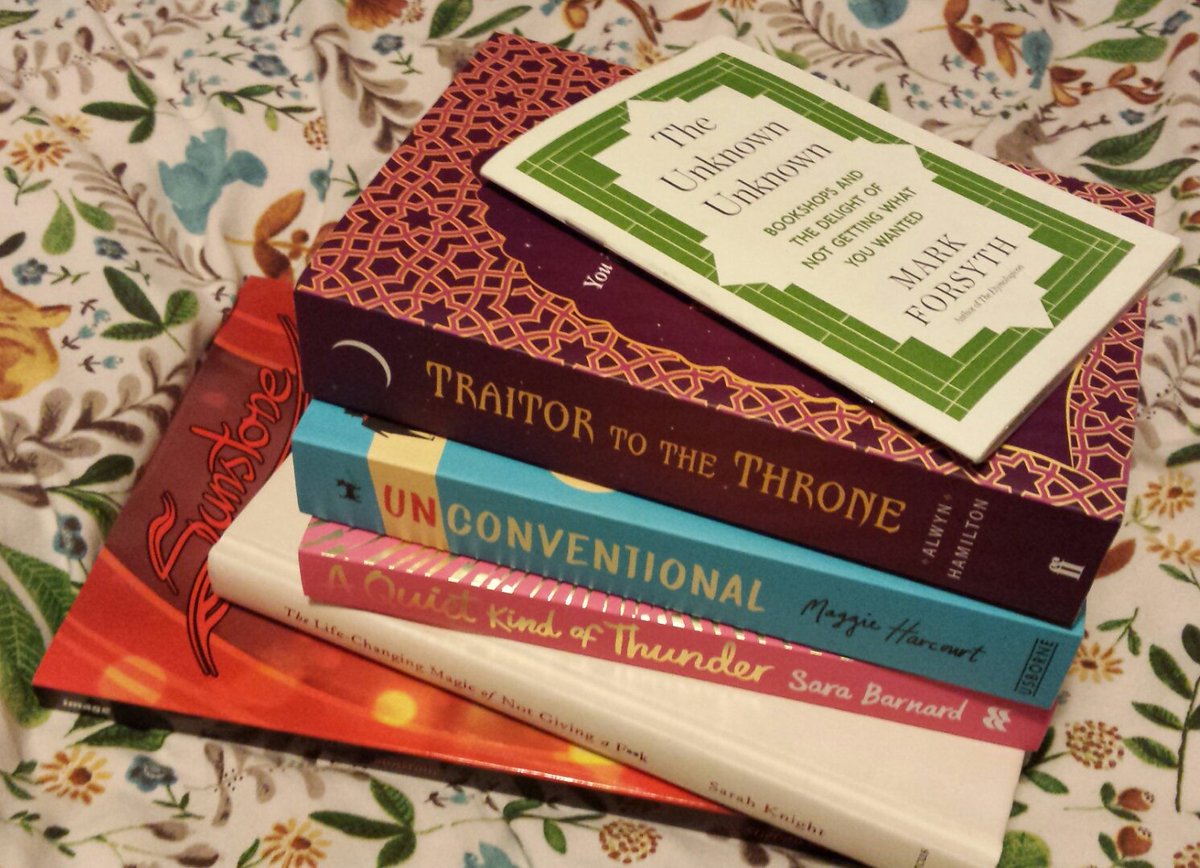 My goodreads has been updated with short reviews for January's books, but I thought I'd start talking more about books on my LJ when I can. Because books!

My favourite book in January is a YA read, A Quiet Cry of Thunder by Sara Barnard: Steffi, who has anxiety and selective mutism, is starting sixth form without her best friend Tem and on the first day she's introduced to new student Rhys, who's deaf, by her teacher because she knows some British Sign Language. So begins a story of friendship, romance, first times, parent problems, and establishing agency. Barnard deftly incorporates issues (such as around gender, sexism, racism, ableism, grief, mental health) by embedding them in the daily lives of her wonderful characters, who I would not be surprised to see stepping out of the pages and walking down the street. Everyone makes mistakes, no one is perfect, and the story is full of heart.

Unconventional by Maggie Harcourt is another YA read and one I'd been looking forward to since reading a sampler at YALC last summer. I was hoping it would be the convention story for convention goers in the way Rainbow Rowell's Fangirl is for fanfic writers, and it isn't quite. But! It is really good fun. Contains: convention friends, parental relationships, romance, pineapples.

Traitor to the Thone, which is the sequel to Rebel in the Sands, was a solid YA read, nicely non-Western, and is full of female friendships and relationships. Lagoon by Nnedi Okorafor is the story of aliens landing off the coast of Lagos and has interesting ideas, folklore, and gods, but is merely an okay read. (Both borrowed from

In non-fiction The Life-Changing Magic of Not Giving A F*ck, which advocates not giving a f*ck to some things in order to save time, money, and energy to spend on things you do want to give a f*ck about, isn't exactly magical, but is reasonably amusing and I picked up a few tips. And The Unknown Unknowns is a lovely little short essay about the value of a good bookshop.

Currently reading: many non-fiction books, because I take forever with non-fiction, and Jennifor Worth's Tales From a Midwife, borrowed from a work friend (because I really need to get that read and returned!)
Collapse